Founded in 1887 by a small group of women interested in creating a forum to present papers and discuss and share ideas at a time when there was no other opportunity to do so, in 2012, The Friday Club of Chicago celebrated its 125th year. Plans for The Friday Club’s quasquicentennial celebration included creating a Friday Club version of The Proust Questionnaire, which would commemorate the Club’s historic milestone.

The Friday Club engaged By Design Partners to design and produce a keepsake book that would document its member’s responses to the questionnaire. Nearly 75 percent of the Club members participated, and the responses revealed extraordinary insight into the personalities of the Club’s membership.

After studying more than 150 responses, By Design Partners created the title of the book and organized its structure, including the idea of creating six anecdotes interspersed throughout the book written about past and present club members that would provide both visual relief and historical context. The first anecdote is set in 2087, the club’s bicentennial year, and is a story about a new member who discovers the book in the Club’s archives. The book was printed in an edition of 275 copies. Each copy was hand numbered and initialed by the Club’s president and delivered to members at its quasquicentennial dinner celebration. 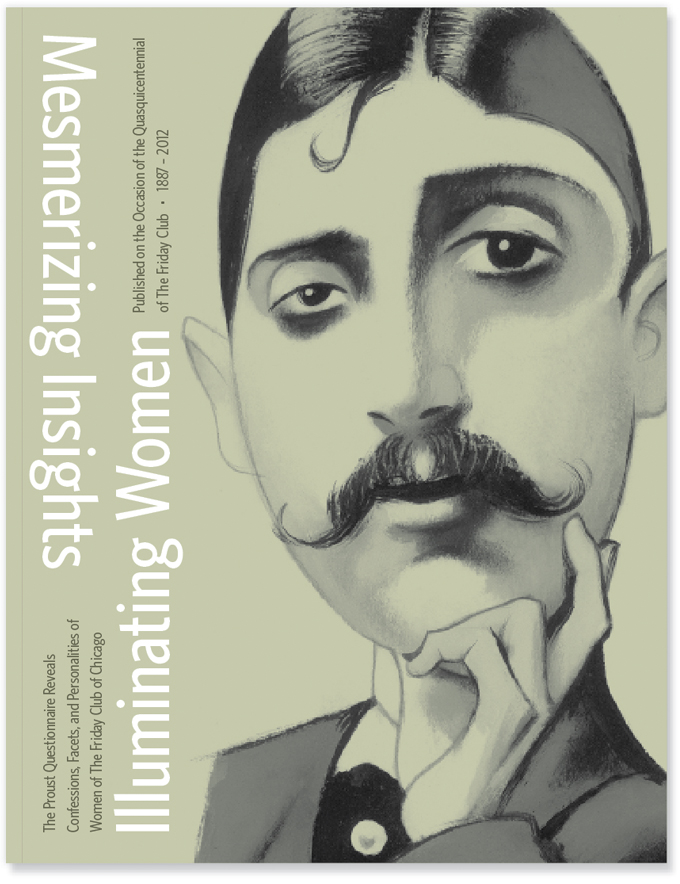 Replicating the book's cover design, a poster was created for the dinner celebration.