North of the Barton County, Kansas Courthouse, The Rifleman stands eternal guard in defense of the Union. His likeness is that of a young man about nineteen years of age, rifle, bayonet, cartridge box, and canteen. The monument was erected and dedicated in 1915, by Ira Day Brougher, Commander of the Department of Kansas, GAR, 1914 – 1915, and former Commander of Pap Thomas Post No. 52, Great Bend, Grand Army of the Republic, Veterans of the War of 1861 – 1865.

Brougher, who lost his right arm in the Battle of Antietam, was determined to “Go West,” making his way to Kansas, “The Soldier State,” homesteading a claim in South Bend Township, Barton County, in 1874. He commissioned Frederick C. Hibbard, a young sculptor from Chicago, to create the bronze statue of a Civil War soldier. Hibbard’s career would span forty-four years, and he would produce more than seventy major sculptures.

November 7, 2015, was the 100th anniversary of the dedication of The Rifleman. The Barton County Historical Society and Museum engaged By Design Partners to design a poster to celebrate the rededication of the monument, the men who made it possible, and the legacy of local philanthropy. Sold locally to help fund future local monument preservation efforts, the poster was conceived to be viewed from either side and used by local public schools to teach students about the Civil War, the local men who served, and the importance of preserving public monuments for future generations. 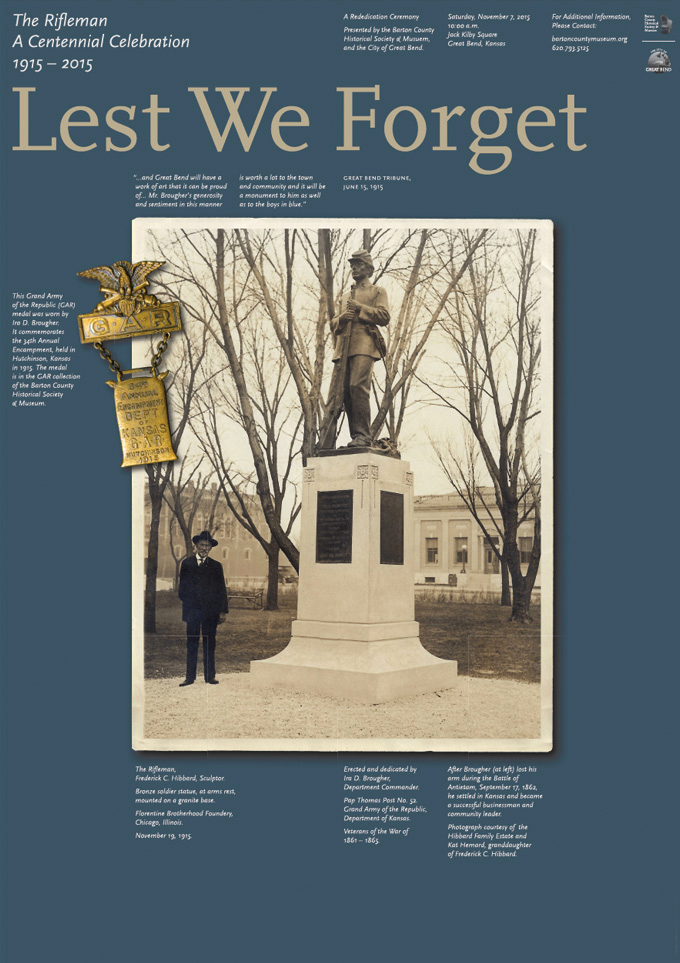 The front of the poster announces the centennial celebration and provides a brief history about the court house monument. 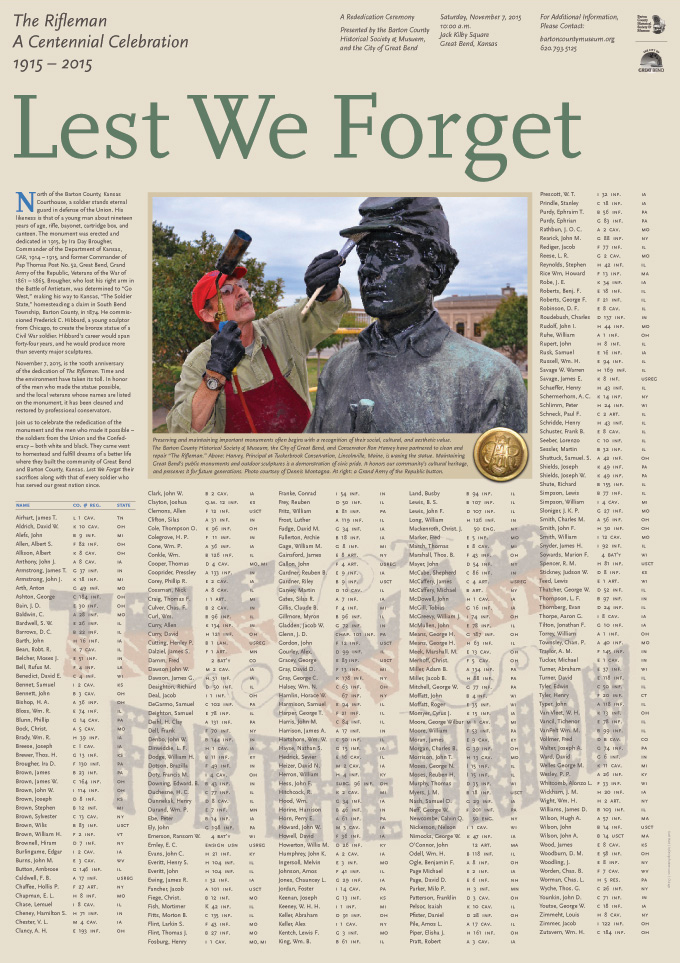 In addition to the names of the local veterans listed on the monument, the reverse side of the poster includes information about the sculptor, and the man who commissioned it – as well as the importance of preserving public monuments for future generations.